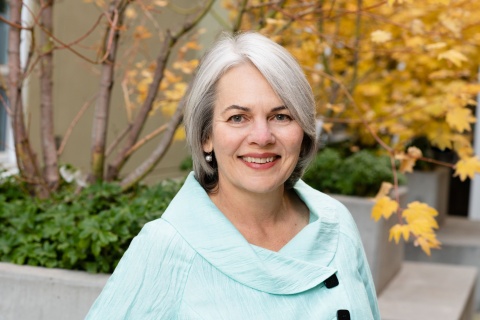 As Assistant Auditor General, Sheila Dodds leads the office's Critical Audit Support Services. She earned her BSc in Economics from the University of Victoria in 1984, and began her career as an articling student with the Office of the Auditor General of British Columbia, obtaining her designation as a Chartered Accountant in 1988.

Following this, she spent three years with a national accounting firm before returning to the provincial government. For the next 10 years, Sheila led audits of program effectiveness with the Office of the Comptroller General, and in 2000 she obtained her designation as a Certified Internal Auditor. In 2001, she moved to the Ministry of Management Services to work on a procurement reform initiative that resulted in new legislation and a modernized policy framework.

Between 2003 and 2007, Sheila worked as an independent consultant as well as a sessional instructor with the Camosun College School of Business. During that time, in addition to working under contract for various public sector organizations based in Victoria, she worked under contract with the Audit Commission in England for nine months. In 2007, she returned to the Office of the Comptroller General where she was the Executive Director of the Financial Management Branch. She rejoined the Office of the Auditor General in 2010.

Sheila is currently a member of the CPA Canada Public Sector Auditing Standards Review Task Force, which is determining how to revise and replace the Public Sector Standards in the CPA Handbook – Assurance to align with the new Canadian Standards on Assurance Engagements.