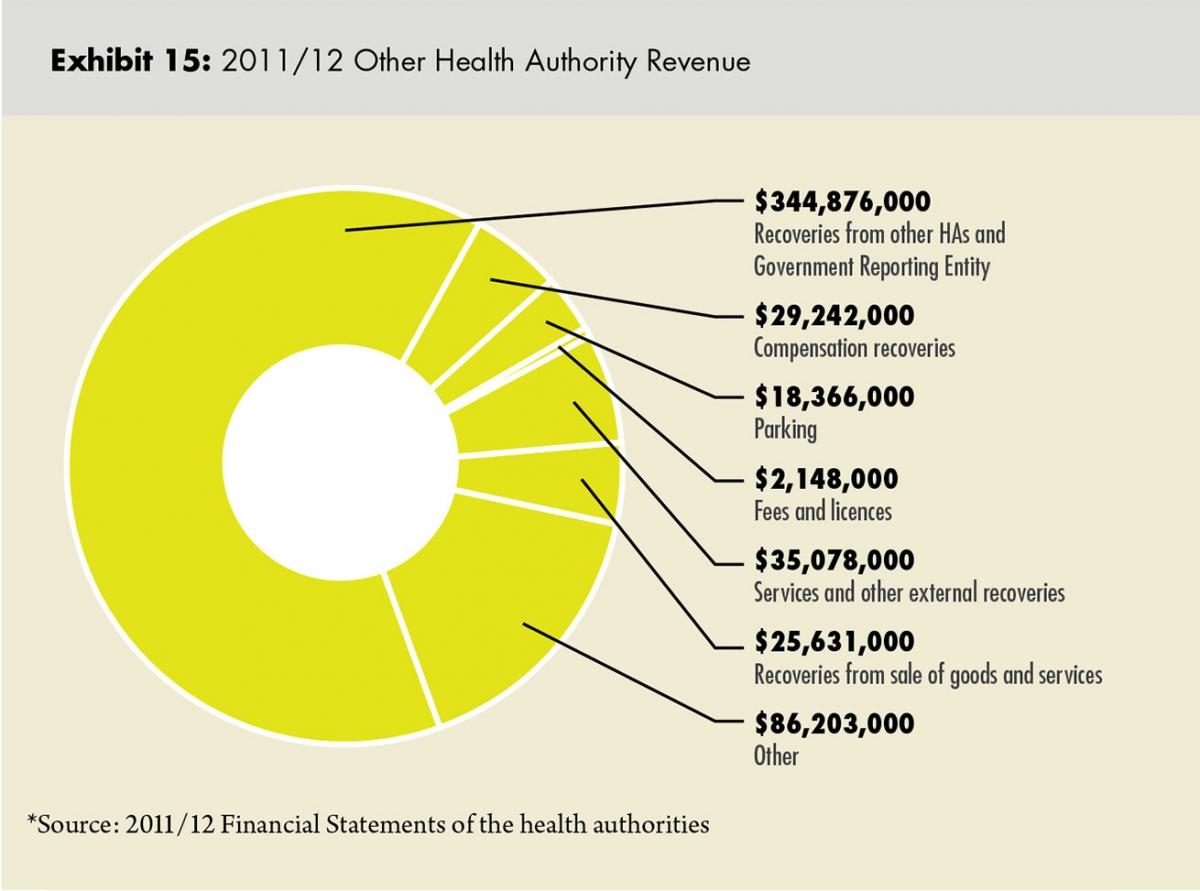 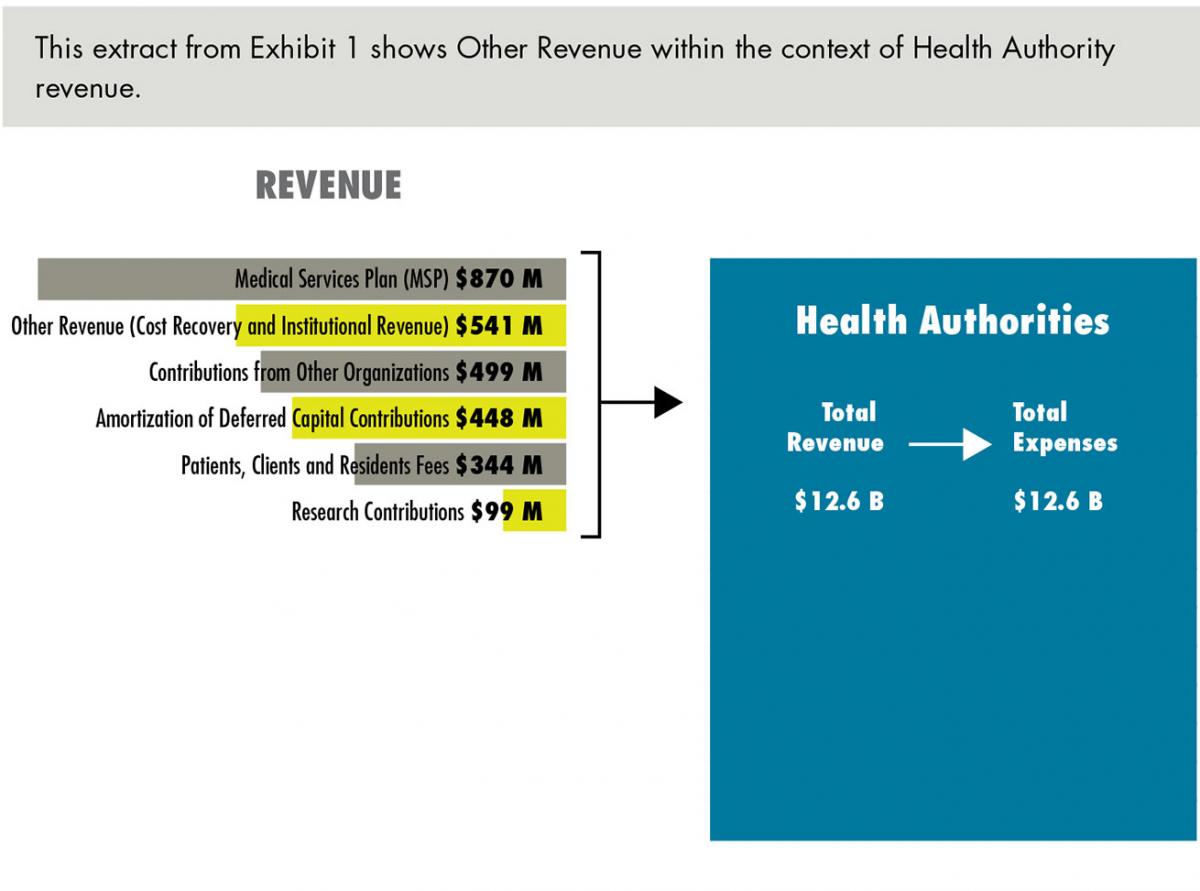 The revenues earned within Other revenue are shown in Exhibit 15. 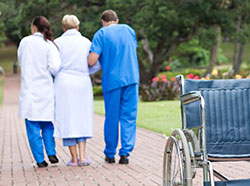 CONTRIBUTIONS FROM OTHER ORGANIZATIONS 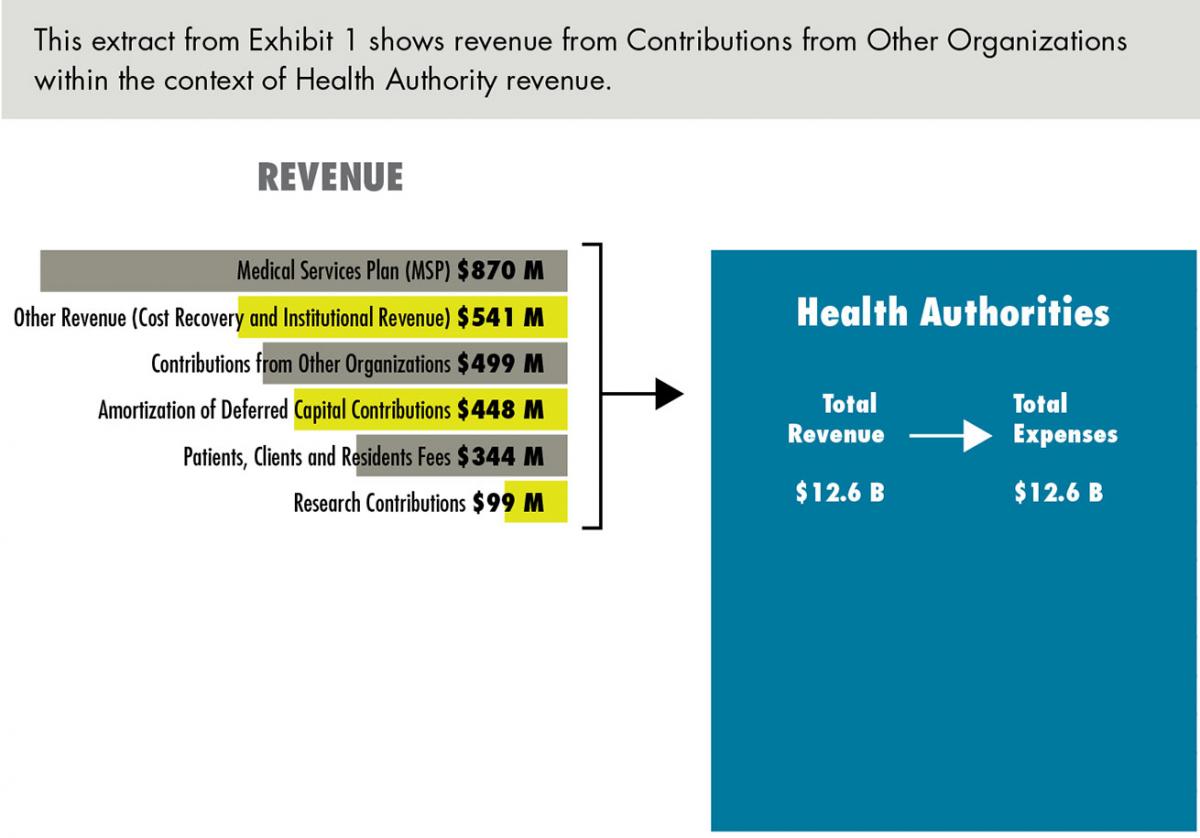 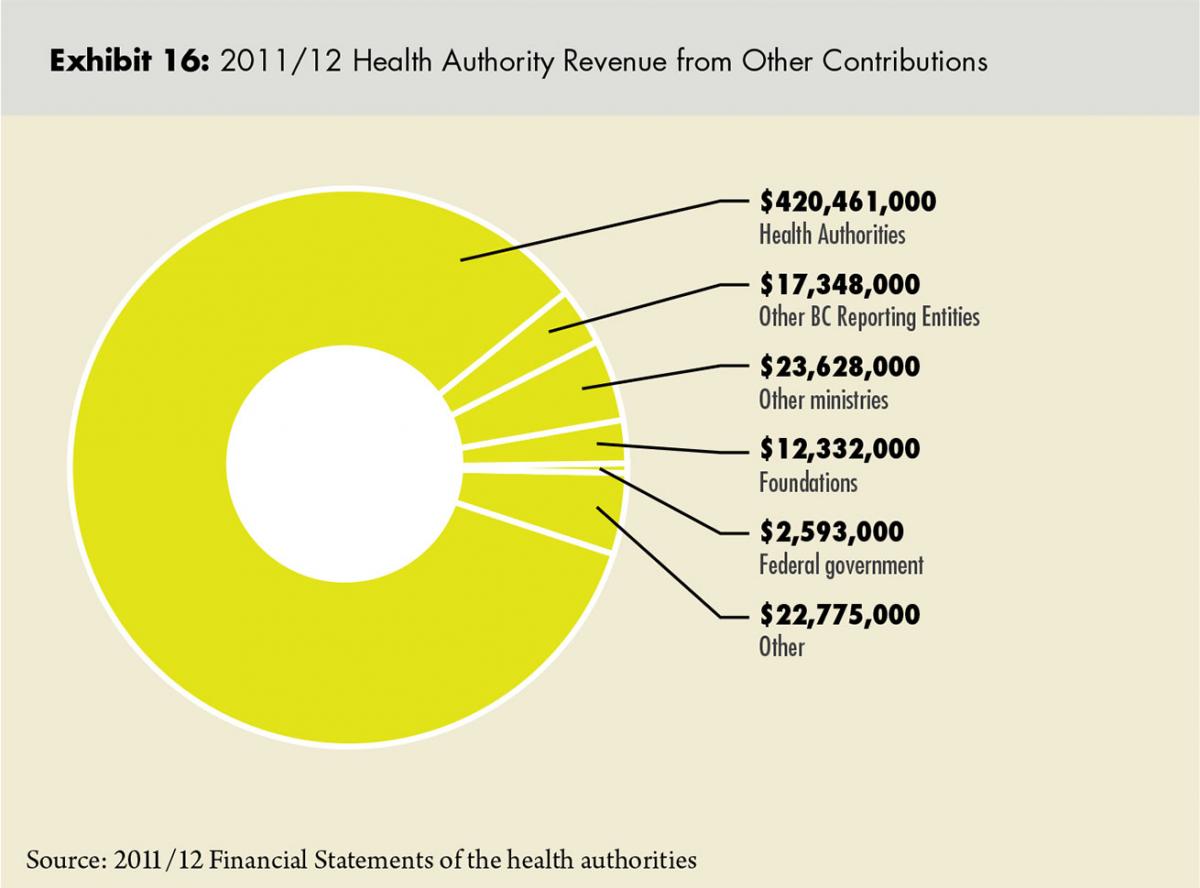 Health authorities receive contributions from several organizations and entities, including the federal government, other ministries and each other (for example, one health authority may pay for services it shares with another health authority).

In 2011/12, the health authorities received revenues of $499 million from other organizations. Revenues earned are shown in Exhibit 16. 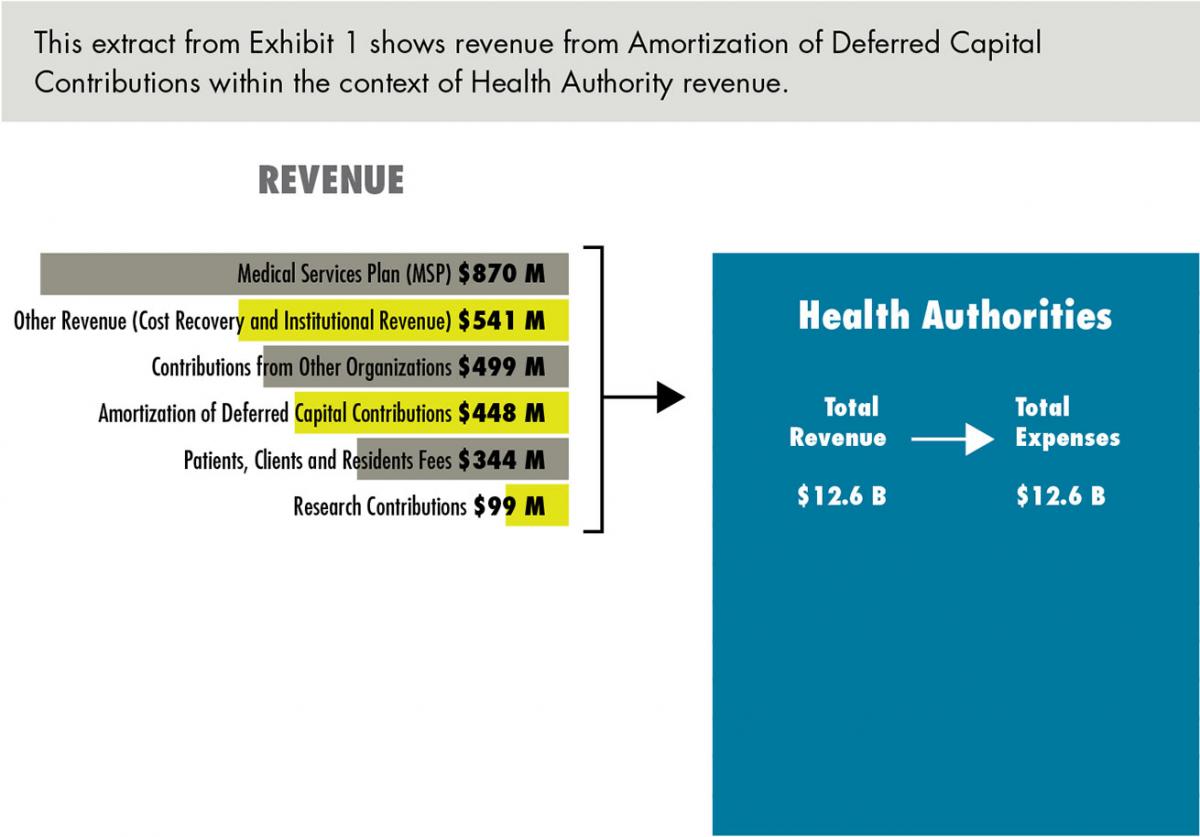 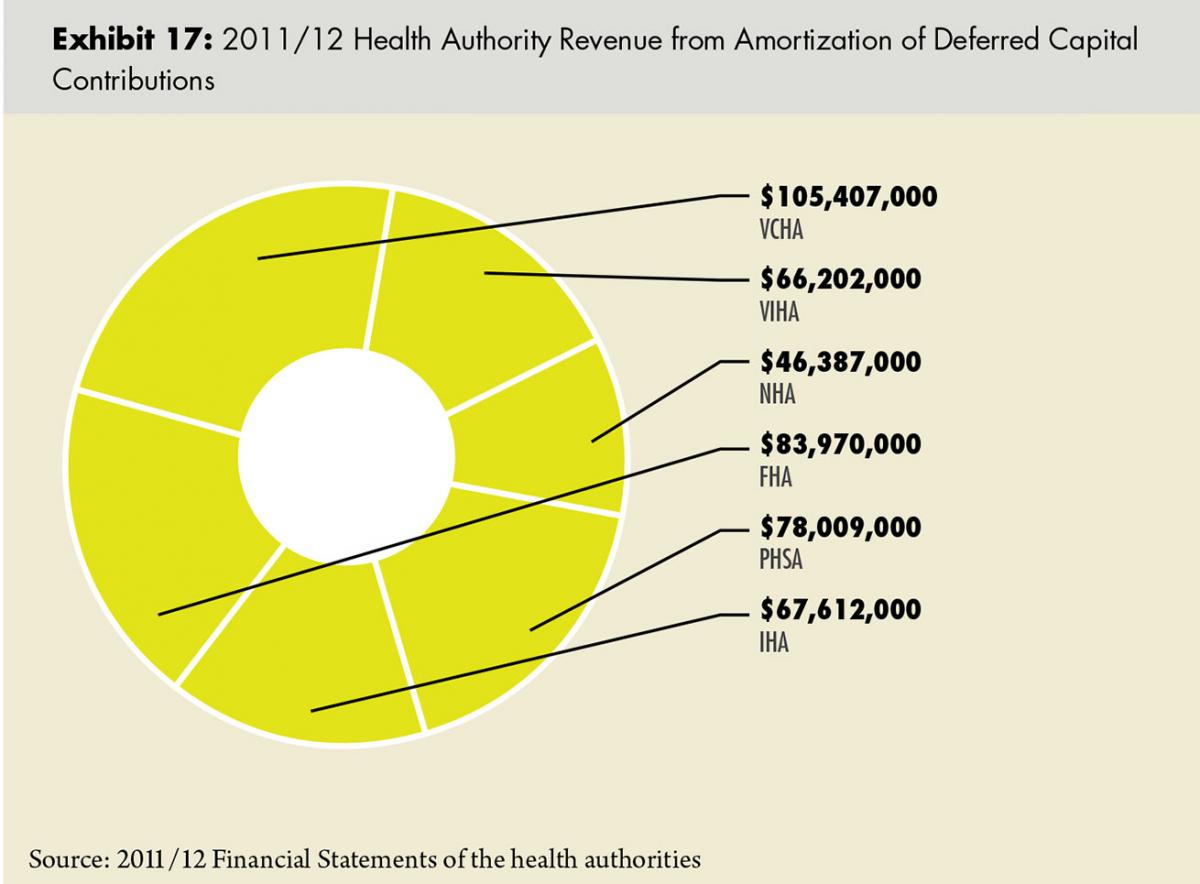 Amortization is the process of decreasing the value of an asset over time as it is used. For example, a building might be amortized over 40 years. Deferred capital contributions are contributions received by an entity for the purchase of capital assets. The deferred capital contributions are brought into revenue over time to match the amortization expense (so the net impact on the bottom line is nil). Therefore the entity will only recognize revenue once capital assets have been purchased and are used by the entity. Capital assets are resources such as buildings, which are used in the operation of a program or service.

In recent years, accounting standards have been changing, with the recommendation that the revenue now be recognized in the year the contribution is used. As a result, if a contribution is received for the purpose of constructing a building, the revenue will be recognized over the one or two years it may take to construct the building, instead of over the 40 year life-span.

Government issued a regulation directing government organizations to continue deferring capital contributions as they had in the past as long as there was a stipulation about the use of the contribution. The Office of the Auditor General does not agree with this accounting treatment, since current public sector accounting standards do not allow deferrals based on such a stipulation. The stipulation must be such that a liability is created (for example, if the contribution is not used to construct a building, it must be returned).

In 2011/12, the health authorities recognized $448 million in "Amortization of Deferred Capital Contributions."

The revenues earned, by health authority, in this category are shown in Exhibit 17. 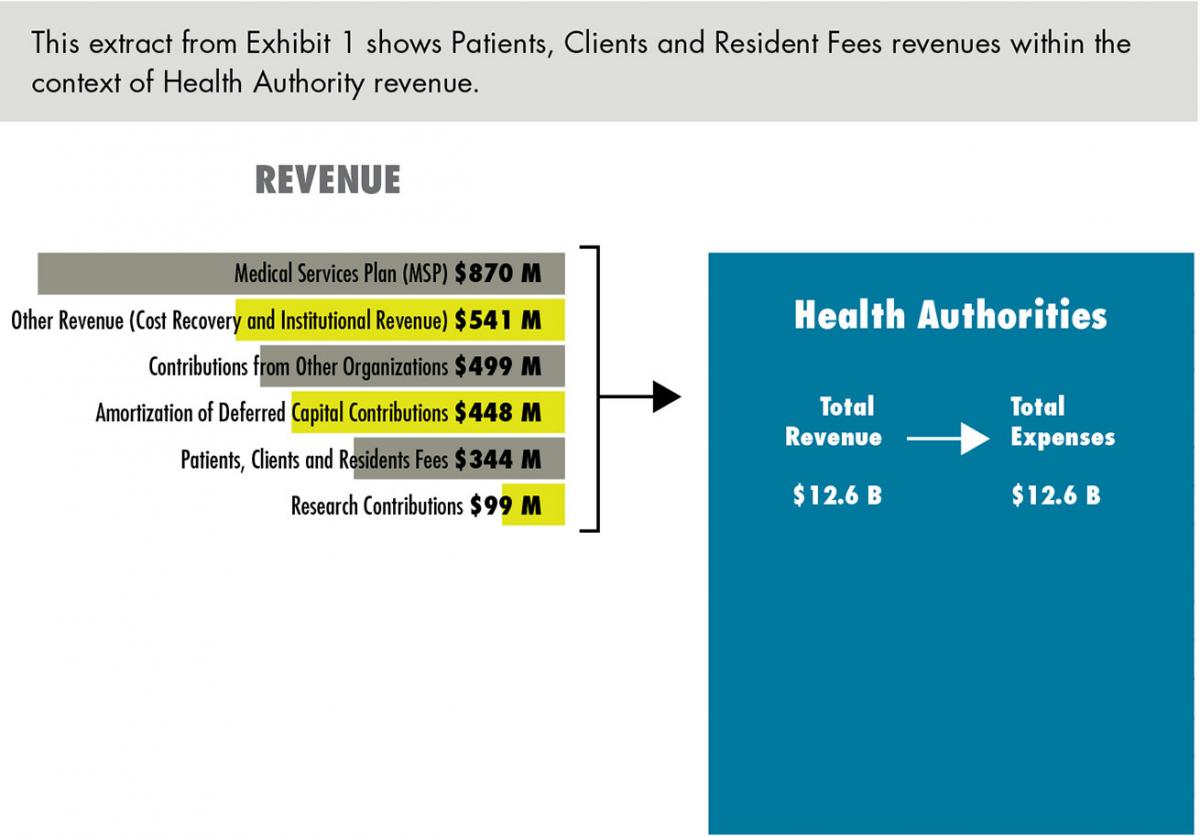 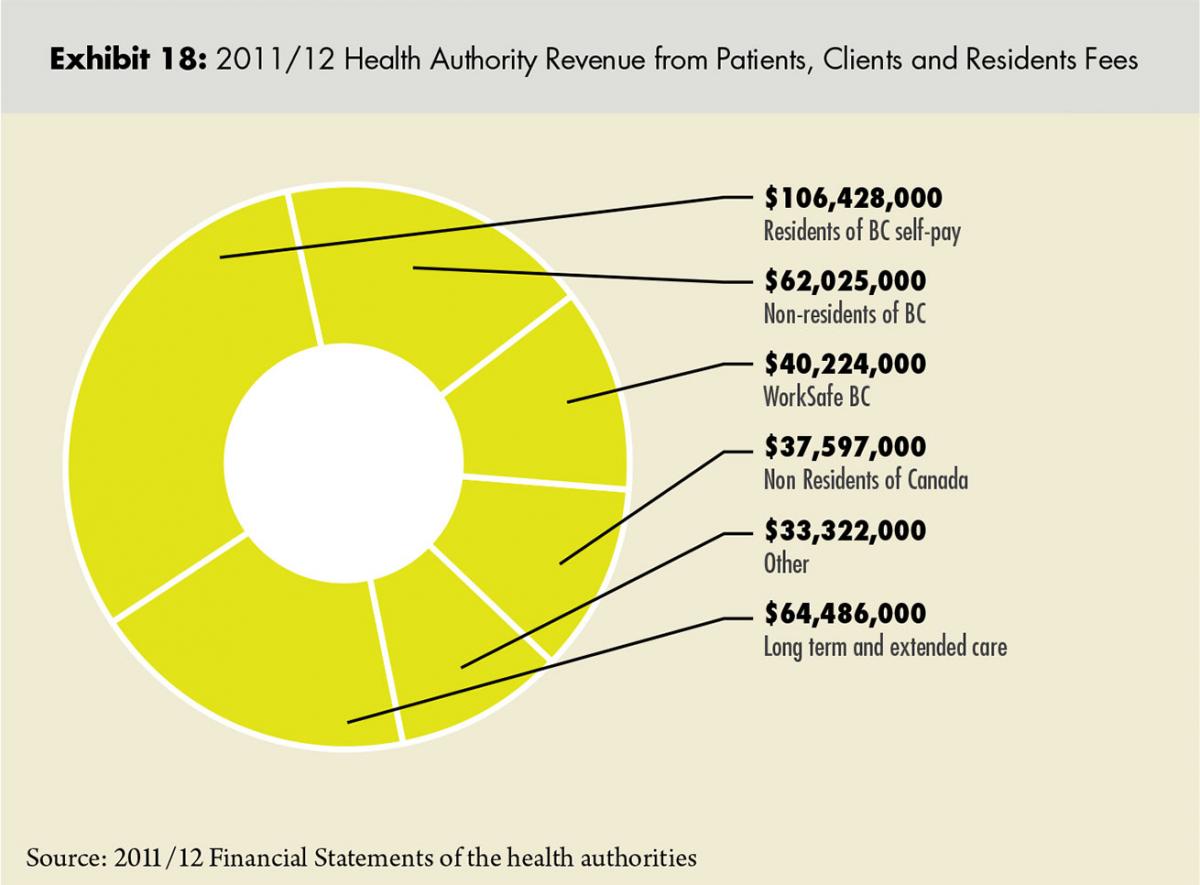 In 2011/12, health authorities earned $344 million in revenue from "Patients, Clients and Residents Fees."

These fees include the following categories:

The revenues earned, by category, within Patients, Clients and Residents Fees are shown in Exhibit 18. 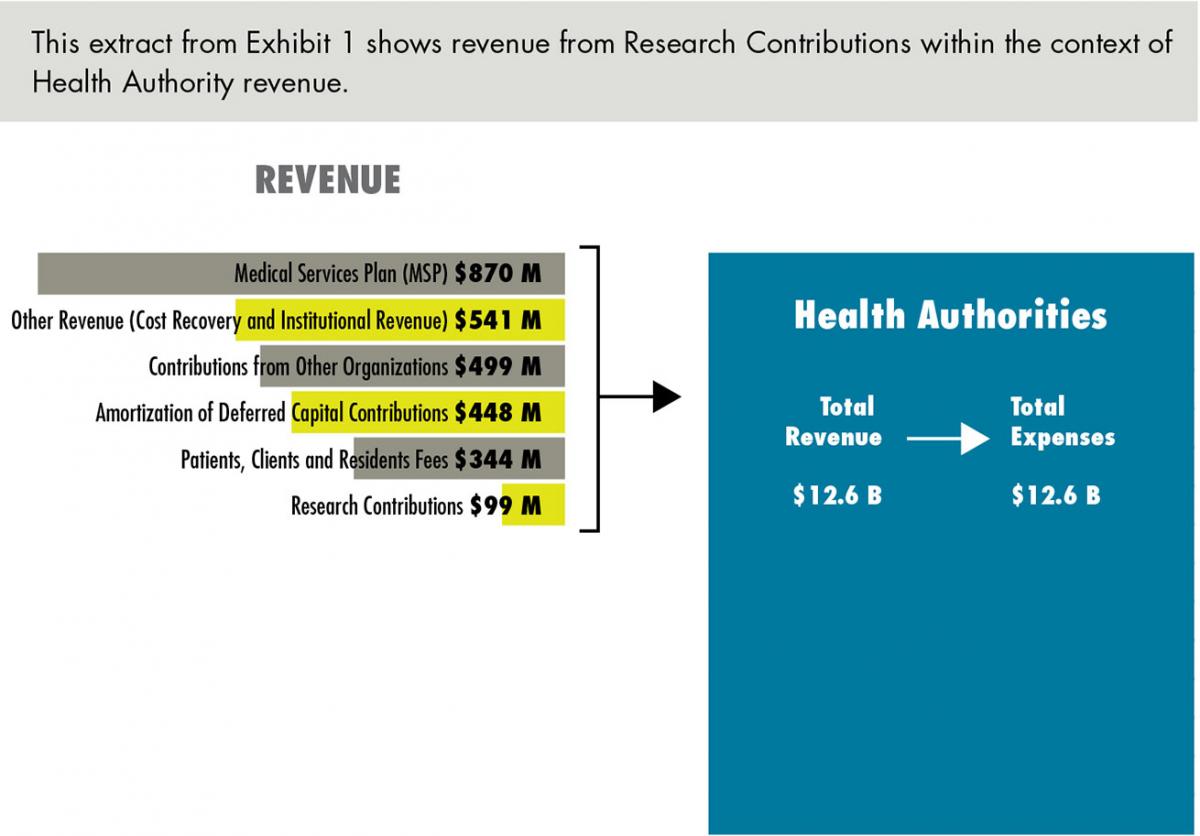 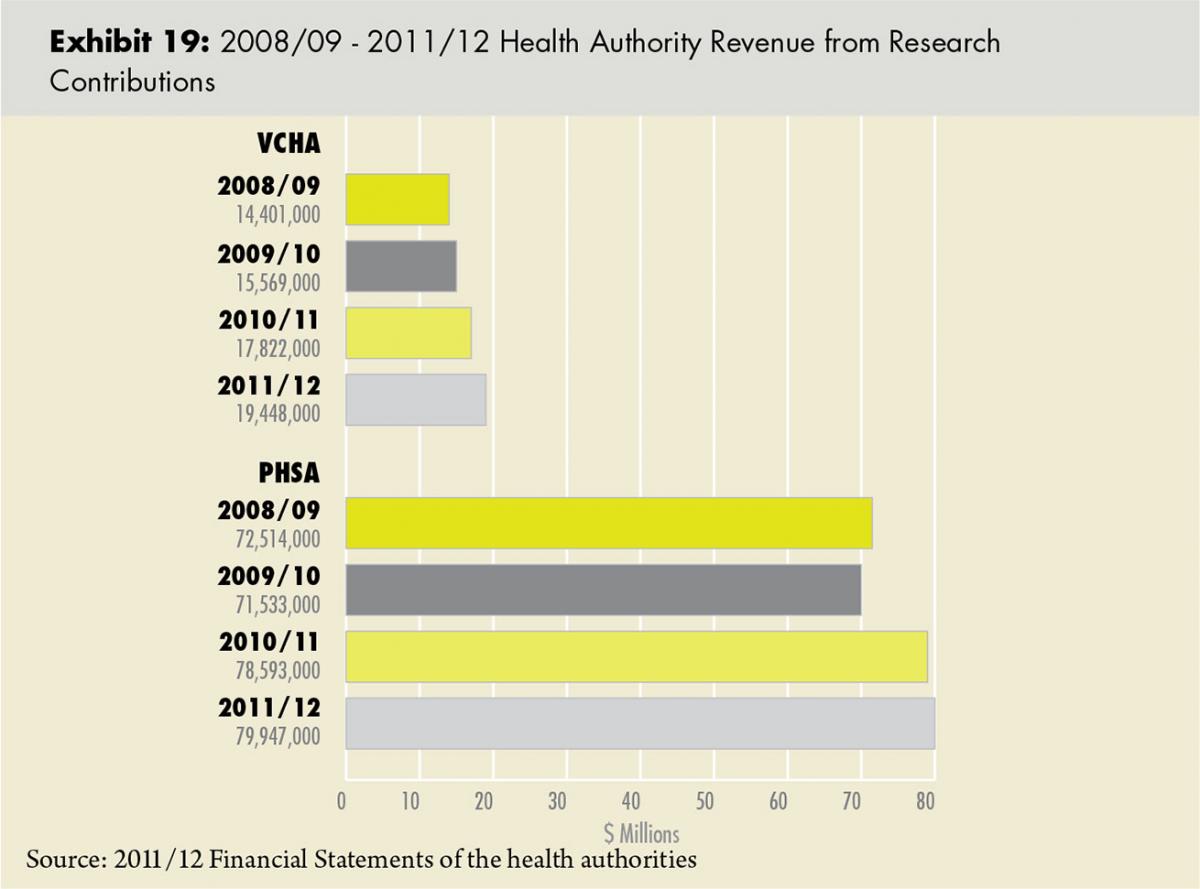 Exhibit 19 shows the amounts each received from research contributions over the last four years.

According to the VCH research website, the health authority partners with UBC to engage in research in seven research centres and two research programs. Its research areas include ovarian cancer and diabetes.

The Provincial Health Services Authority website states that their research funding supports the activities of a network of about 1,200 researchers and staff involved in lab-based, clinical and community health research including the BC Cancer Agency’s Research Centre and the Child and Family Research Institute.