The Ministry of Health is the steward of British Columbia’s health care system. It sets the direction, funds aspects of the system and monitors results. However, many other parties are also involved in ensuring British Columbians receive high-quality health care.

With so many players contributing to provincial health care, getting a clear picture of how the system works can be challenging.

In this information piece, we respond to that challenge by presenting each component of the system – represented in terms of funding – in a series of graphs, charts and summary explanations. We call this project Health Funding Explained.

The scope of this work

This project is not a traditional audit, but rather is an information piece that compiles information from the Ministry of Health, the province’s six health authorities, and other relevant publicly available information. Our involvement with respect to the information provided was limited to enquiry, analytical procedures and discussions. We have not performed an audit or review of the information and, accordingly, express no assurance thereon.

We conducted the project under Section 13 of the Auditor General Act. The scope of the work was limited to including only significant programs and services (i.e., program services that are significant in terms of the amount of funding they receive). It is also important to note that many of the numbers included in the report are approximate.

Exhibit 1 on page 6 provides a detailed overview of the flow of revenue and expenditures in the province’s health sector in 2011/12.

This is a comprehensive snapshot of health funding in British Columbia and is the stepping-off point for the rest of the background presented in this information piece.

Revenue earned by the Ministry of Health and six health authorities are depicted on the left in Exhibit 1 with the expenditures incurred on the right. 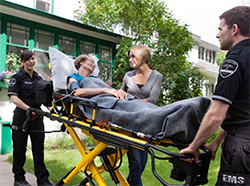 The Government of British Columbia is responsible for determining how much of the provincial government’s revenue will go to the health sector.

In 2011/12, the provincial government received about $41 billion from a mix of provincial tax, fees and licences (e.g. marriage licences, driver’s licence renewals), the federal government (e.g. infrastructure funding) and from Crown corporations.

Of the $41 billion revenue earned by the provincial government in 2011/12, $15.5 billion went to the Ministry of Health.

In 2011/12, the provincial government received approximately $41 billion in revenue, from the following sources: 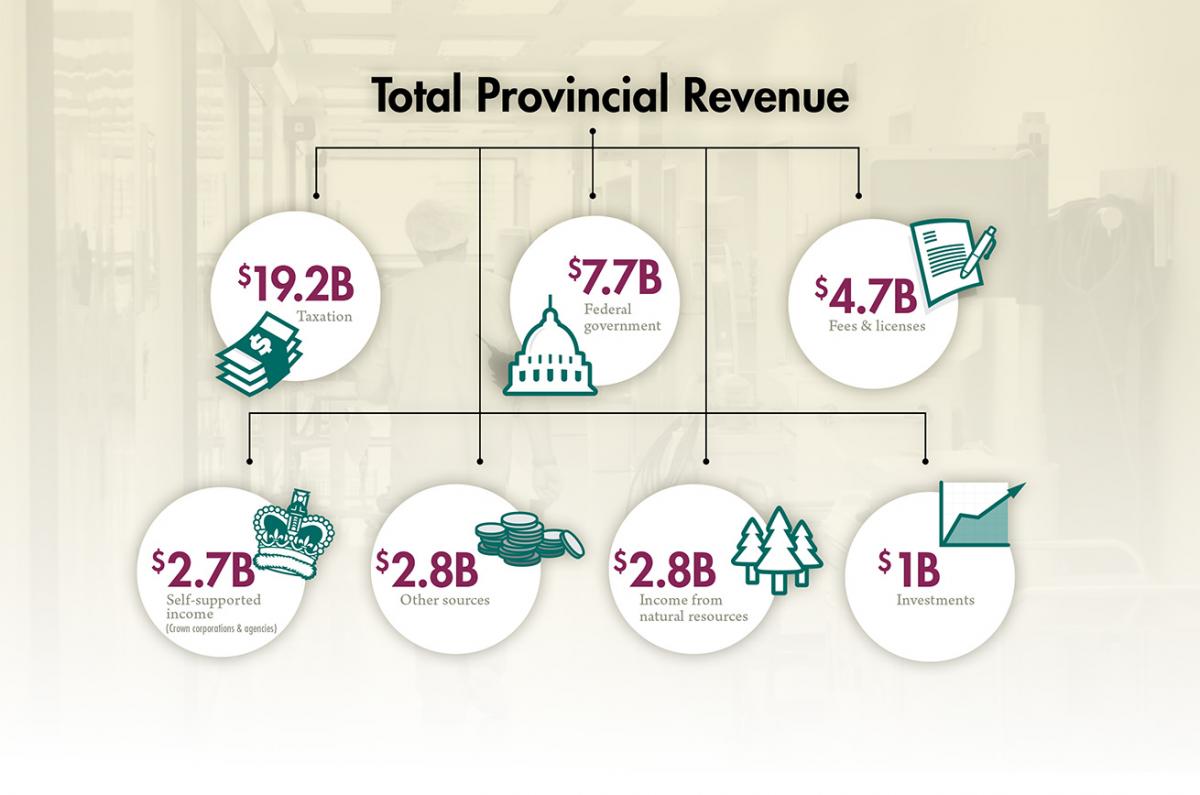 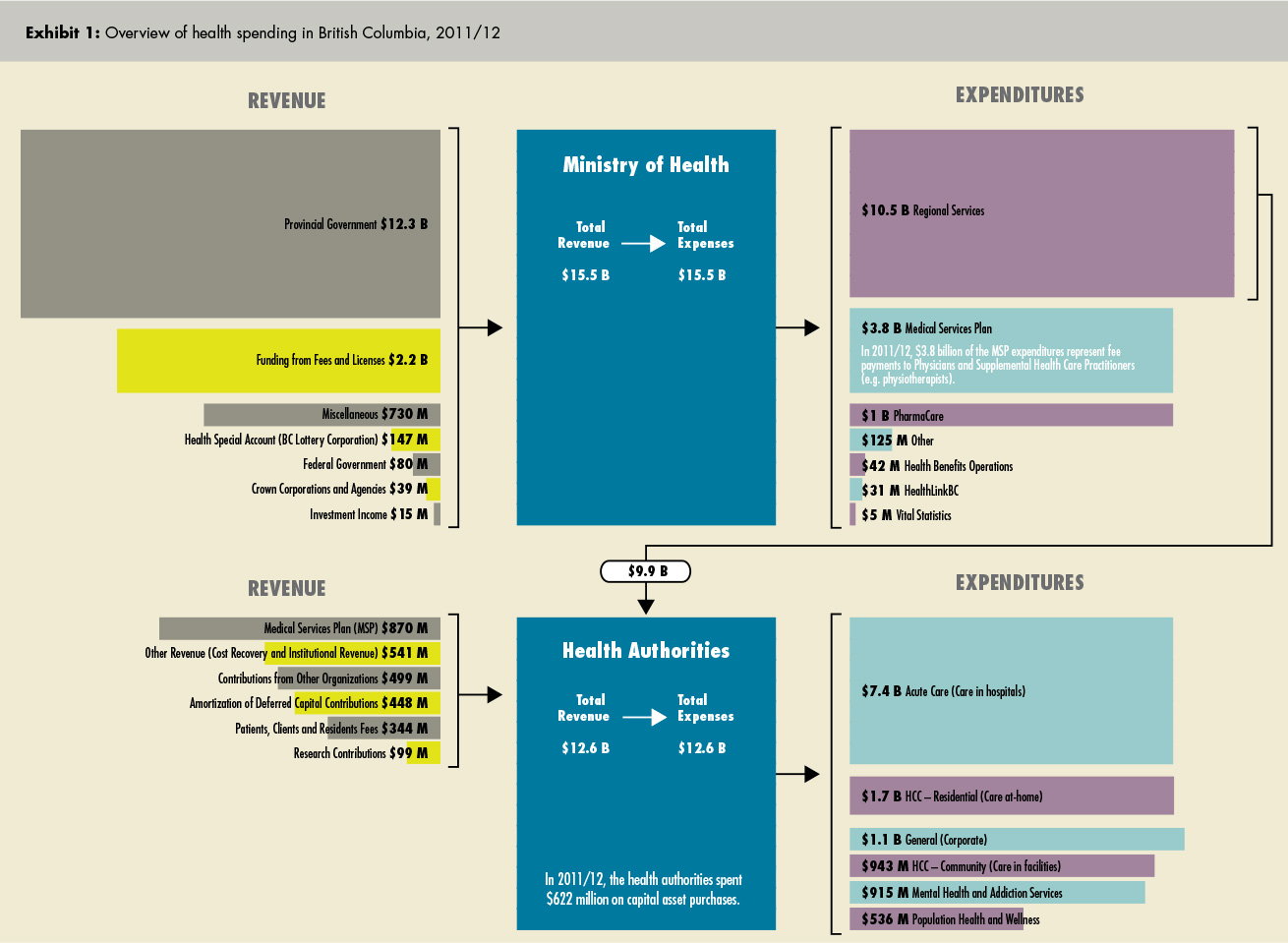 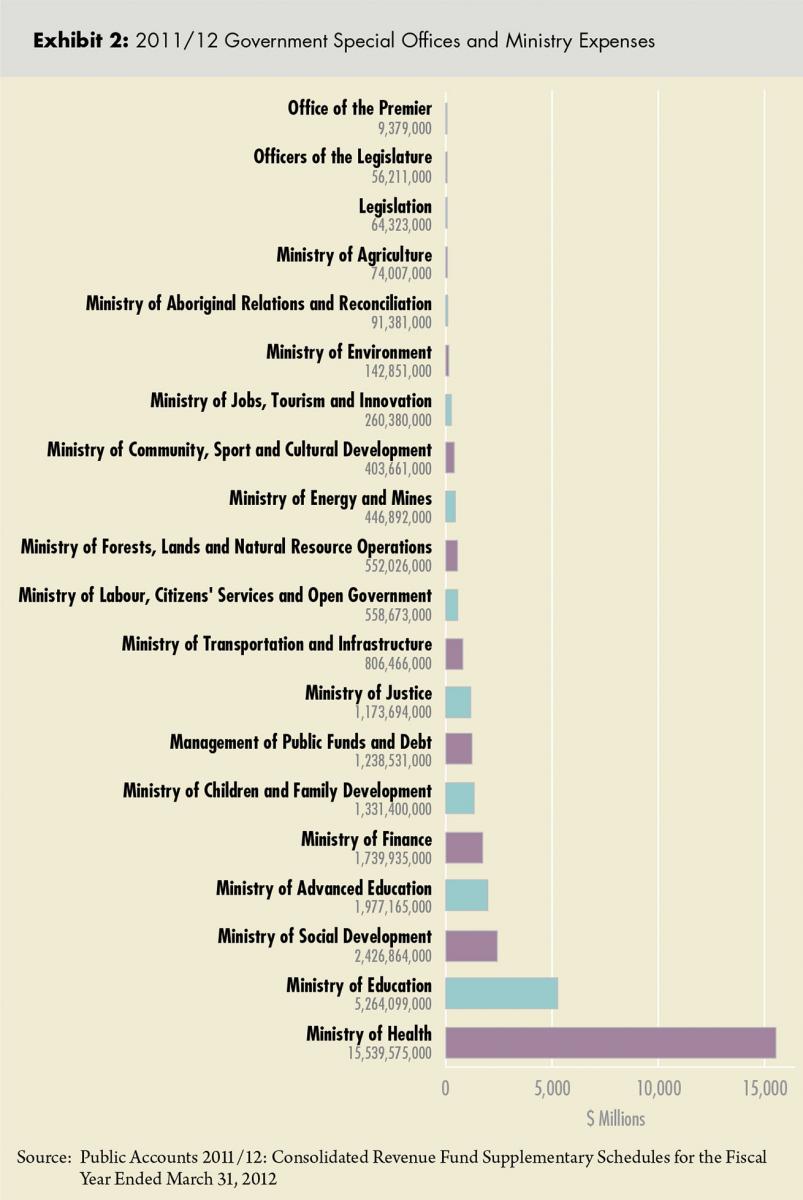 Each year, Cabinet – headed by the Premier and elected officials appointed by the current governing party – determines the broad goals for the government of the day. These goals are formally outlined during the reading of the Speech from the Throne. In our review of the health goals addressed in the throne speeches since 2008, we found that the three health priority themes most often discussed were: prevention, aboriginal health care and ensuring a sustainable health care system. 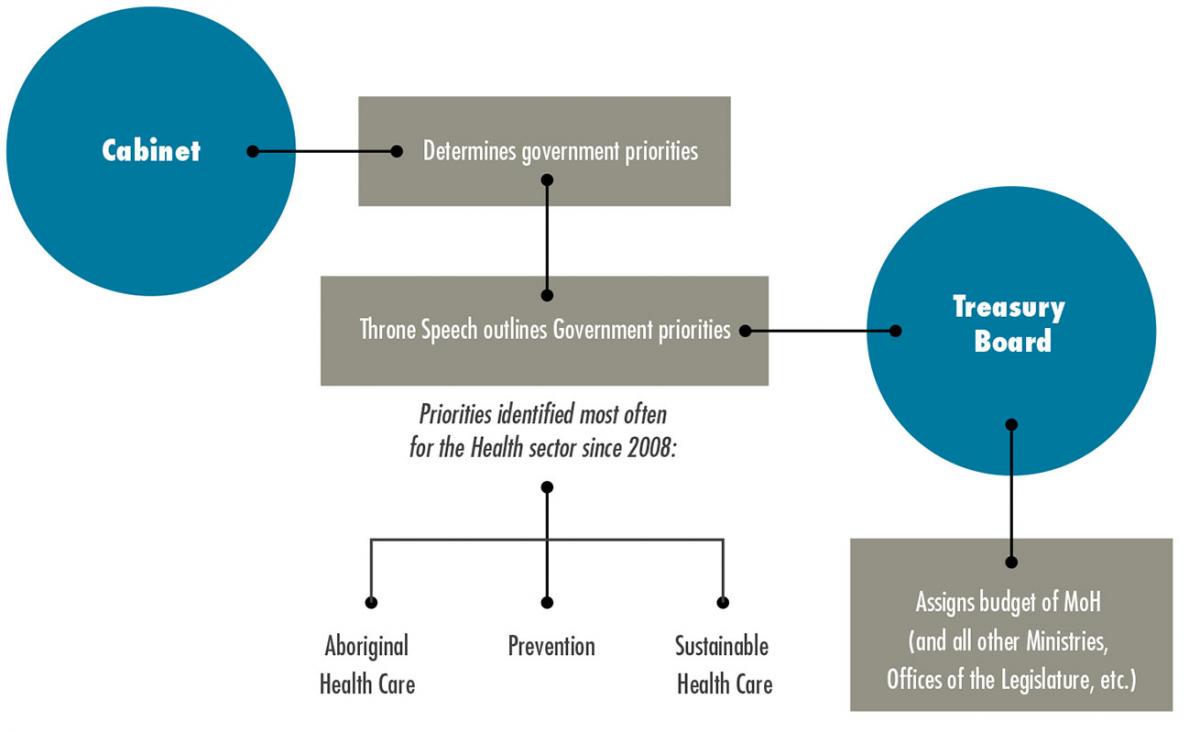 Treasury Board Staff within the Ministry of Finance are responsible for preparing the Budget, which is the government’s financial plan for the upcoming fiscal year (April 1 through to the following March 31). Treasury Board Staff issue budget instructions to ministries and special offices and Treasury Board determines the budget envelopes and sets ministry budget targets.

It is clear that the Ministry of Health’s expenditures are significantly higher than those of other entities. According to the provincial Budget and Fiscal plan for 2012/13 - 2014/15, the ministry’s budget is projected to increase by a further $1.6 billion by 2014/15.

HOW HEALTH CARE SERVICES ARE PROVIDED 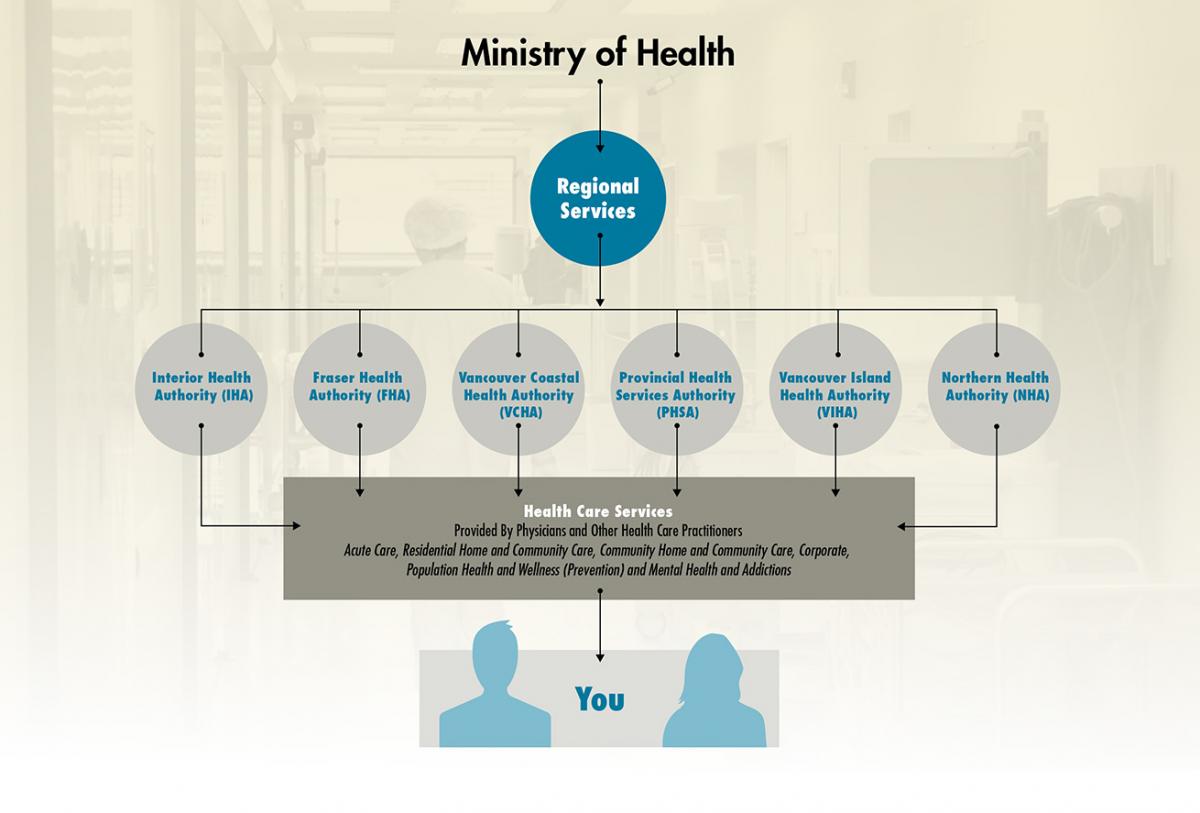